There aren’t many occasions in my life when I’ve been genuinely amazed.

But one of those times was when I had my first body orgasm several years ago. I thought that people who claimed they had experienced them were kidding themselves. I didn’t really think they were genuine. They were an unattainable sexual holy grail.

That was until I started working with a wonderful therapist and coach who has now since retired. Achieving a body orgasm wasn’t the main reason for contacting her. Originally, I just wanted to explore and discuss my own sexuality. But over the weeks our discussions covered many topics including sexual meditation and tantra. Inevitably we started to talk about sexual energy and body orgasms. There are many different descriptions of the body or energy orgasms as some call them. For me, it’s when my whole body behaves as it does in a really intense sexual orgasm, but there’s no sexual climax. And, being a bloke, that essentially means, in part coming but not ejaculating. 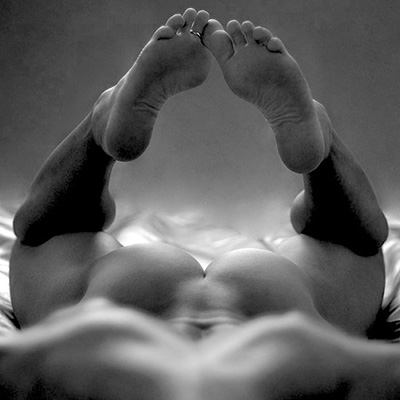 Other definitions of body orgasms are less focused on the genitals. Erica Suarez-Hillingdon from Karma Tantric has been involved in the world of tantra for several years.

“A full body orgasm for me is all about energy,” she says. “It draws on all aspects of my emotions, past joys and also traumas to deliver a break of pleasure waves throughout my mind and body. It does not circulate around my genital area, like a traditional orgasm. It can be felt in other parts of my body such as my heart or stomach.

Erica continues, “Even though it can be very hard to describe the feeling in words, it makes me feel emotionally liberated and awake in a very focused way. This sensation often lasts for up to two or three hours for me and leaves me in a state of peaceful bliss that is both satisfying and empowering.”

I would totally concur with this feeling of blissful satisfaction from my own experiences.

So, how did I achieve my body orgasm?

Well, it did take quite a long time, a lot of near misses and a great deal of practice. In essence, this was my journey.

Step one—getting to know your limits

I would repeat the edging and use my pelvic floor muscles to help hold me back from coming. This enabled me to push myself that little bit further towards ejaculation, without coming, of course.

Stage three—surfing on the edge and enjoying the ‘wobble’

Here I was able to push myself further. I was given the task of surfing on the edge and trying to enjoy those near-orgasm feelings. And when I did this I began to experience a whole-body shaking, let’s call it the ‘wobble’, which was really very enjoyable. It wasn’t massive, but it was definitely evident.

Stage four—understanding sexual energy and taking charge of the flow

Alongside all the masturbation-based homework, when I was with my coach she was working on sexual mediation and energy flow with me. I would sit in a yoga-type way and she would get me to focus on my genitals, or lingam and then she would get me to appreciate the energy within and then get me to imagine it circulating up my spine and then over my head, through my chest to my belly and back to my lingam.

Stage five—I’ll have what he’s having

By now we were several weeks into this project and through discussions, my coach decided I was ready to go for it. And this is when the magic truly happened. You probably won’t believe me when I say that during this session I was fully clothed (as I was throughout each coaching session) and there was no physical contact at all.

In one particularly focussed energy circulation session I suddenly and inexplicably started to ‘wobble’ again. And that wobble became really intense, far more than when I was doing it on my own. I wasn’t especially sexually aroused at the time, probably having a hint of erection under my trousers, but no more than that. The ‘wobble’ subsided but then returned again and again.

My coach said that it was more intense than when I first experienced it at home while edging because I was with her. She compared it to watching a sports match or going to a concert—your emotions are magnified when you are with others. She also said that it was rather like having sex with more than one person at a time—the excitement and energy are greatly increased.

Stage six—putting it all together: the double whammy

So I finally tried to put it all together and attempt to have body orgasms rather than genital orgasms during sex with my partner. Well to be honest at first, I just couldn’t do it and kept ejaculating too early. I had nearly given up until we were on holiday together. I guess I was more relaxed. And I did it. It was magnificent—I had three or four waves of body orgasms but no ejaculation. My partner was really amazed too and kept asking if I had come and I kept reassuring her that I hadn’t and all was just fine. Well, it was way, way more than fine.

Of course, I am describing all this from my male perspective.

Do women experience them in a similar way?

Erica Suarez-Hillingdon is probably best placed to give a view. “In my professional opinion,” she says, “there’s not that much difference between a full-body energetic orgasm for a male or female. What is certainly different, is the emotional state of genders, based on society’s influence upon them through socialisation and media. This leaves some very specific emotional issues for men and women separately in general. However, personal experiences and traumas far supersede issues of gender when considering this type of healing massage.” 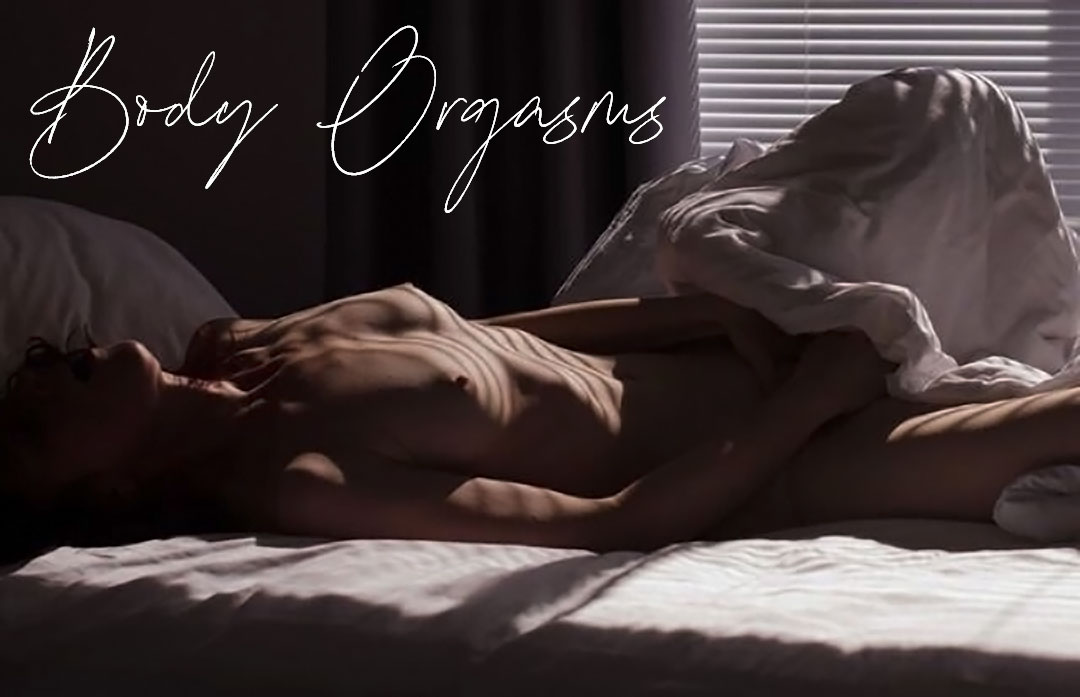 “Full body energy orgasms are achieved through controlling and moving energy around the body,” she explains. “It evokes emotions from past traumas that seek to be released through an expression such as anger, or guilt.

When these obstacles are overcome, the powerful energy release of the orgasm is felt like a rush of warm water over the body.”

Erica’s referencing past traumas is certainly different from my own journey to this most blissful activity. As she says, people can arrive at the door of what she terms ‘enlightenment’ through many paths. Some come from their journey through the wisdom of tantra (which is, essentially the path I followed), which holds some of the oldest documented information on full-body orgasms as written in the ancient scriptures.

Recently, she has seen many individuals seek this type of healing practice as a result of severe traumas that have caused emotional blockages in their lives. These people may not have experienced anything in the spiritual sense, however, are embarking on their awareness directly as a result of these traumas, in a therapeutic sense.

“This is very exciting,” enthuses Erica. “We are seeing a shift from these practices that have been overlooked historically into tools that everyone can use and benefit from. The important thing is that whichever reason has empowered you to take the step in this direction, the benefits will undoubtedly be felt in your mind, body and life in general.”

The tantric roots of body orgasms are evident in many of the rituals involved. “Tantric tools such as breathwork, eye gazing and touch sensation are critical to dissipating many of the blockages in the mind and body that will open your path to supreme joy,” explains Erica. “Ultimately, these rituals and practices are used to manage energy flows.

Through understanding and being aware of this balance of energy, you have the key to unlocking not only full-body orgasms but also to tap into many sacred tantric enlightenment.”

So, what tips would Erica give anyone wanting to experience a body orgasm?

“For those new to this I would say that it’s an awakening exercise,” she suggests. “For me at first, I found it hard to understand and make the differentiation from the orgasm I perceived and knew so well, to this new type of sensation. An orgasm that doesn’t just manifest in the genitals but in any part of my body? I had to try it.”

“To get there I needed to accept that energy itself was the reason I was experiencing emotional, perceptual and physical feelings. Once I realised this, it was a real game-changer for me and allowed me to start focusing on the movement of energy throughout my body and realising what the result of it was.”

I certainly could not have made my journey to body orgasms without a great deal of help from a real expert, with whom I could work closely for a number of weeks. Finding her took an age and I did try out a couple of others first, but only lasted a session each with them.

Erica shares my caution: “I would be very careful in choosing a therapist to help you on your journey. There are many different practitioners out there with lots of different approaches. Start with a little light reading but remember that there are thousands of adaptations and methods taught by many. After some general research, try asking your heart which is the best path for you. Your answer will be genuine and authentic so have the confidence to move forward positively.”

So where has this all left me?

Firstly, I have realised that I am truly lucky in having a propensity for very intense and rather prolonged ‘conventional, genital’ orgasms. I am sure that they have really developed since doing all this work and they are now the best orgasms I have ever enjoyed. When I have a conventional orgasm which involves ejaculation more often than not it is a BIG one. In fact, my orgasms are now often both genital AND body ones. They go on for a couple of minutes and leave me totally spent.

Secondly, I can sometimes disassociate genital and body orgasms—both when having sex and when masturbating—which means I can have a body orgasm (well, quite a few to be accurate), but not a genital one. Or I can have several body orgasms and then a genital one. I should stress that this only happens sometimes. I am no master of this technique and I suppose I can do it about a quarter of the time. But that quarter is sure worth it.

Moreover, my experience has also helped me enjoy intercourse without ejaculation. I can really enjoy sex without coming. And that is marvellous as it takes away any performance worries and it also allows me to enjoy all that sexual energy afterwards. That can really give you a tremendous power boost!

The British Museum in London is holding a Tantra Exhibition from April 23rd to July this year.