Secondly, there is the widely critiqued idea that men are “more visual”. In fact, research has shown that the differences are not so much in whether we respond to visual sexual stimuli, but how different genders respond, which aspects we respond to, and what strategies we employ when viewing visual sexual stimuli. Furthermore, a statistical review of existing neuroimaging studies by the Max Planck Institute for Biological Cybernetics in Germany, earlier this year, concluded that women were just as likely as men to be turned on by sexual images.

“Scenes can be super dirty, kinky, and hot without punishing women or showing violence against women. Just think about real life! Plenty of us like it down and dirty without wanting to feel victimized by a partner.”

For others, it’s about whether the scenes lend themselves to their particular feminist ideals. This might include showing a diversity of body types, genders and ethnicities. Or it might be about the way agency and consent are presented. 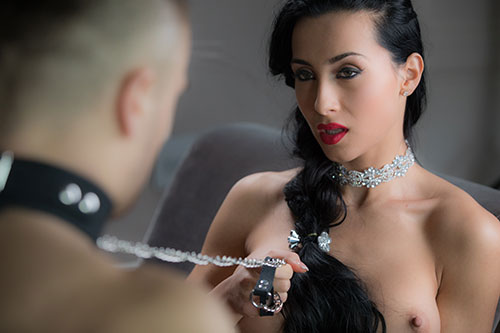 Sex blogger Girl in Old School Trouble agrees: “For me, realism is way more important than production quality. If I can believe that I’m watching a couple genuinely getting it on and really enjoying it, I find it far more arousing than a beautifully shot scene where they are just doing it for the camera.”

Beyond that, the definition is as broad as your imagination.